How the cloud powers the modern campus 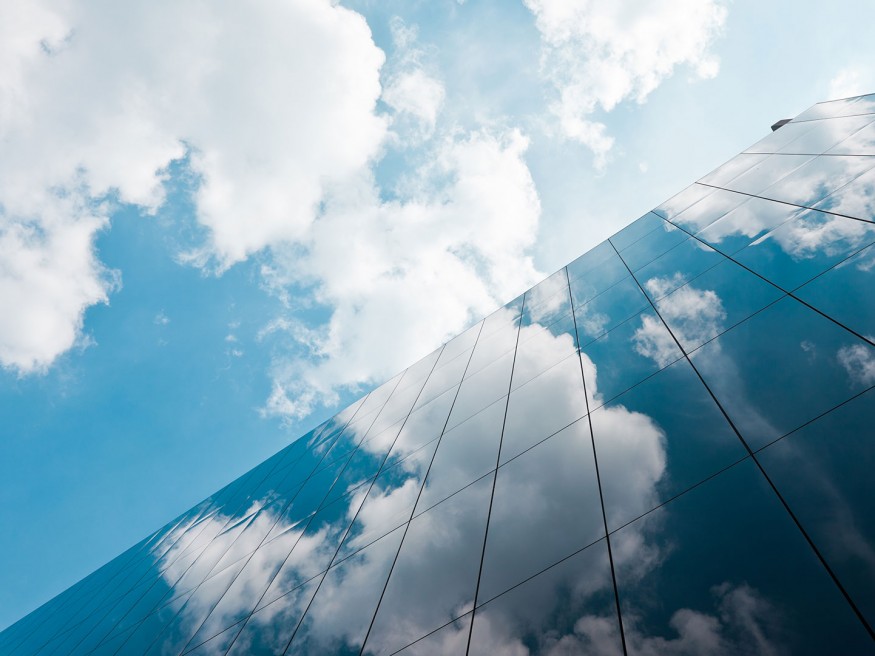 Technology continues to have a major impact on the evolution of higher education, creating new opportunities and challenges across departments. One of the most significant innovations to impact higher ed is cloud technology.

Once thought to be a “luxury,” cloud technology for higher education is now considered a necessity. Fifteen months ago, Bryant University took its first steps toward cloud migration, and since then has seen increased efficiencies, better security, and an improved experience for students, faculty, and staff.

Matt Dobosh, vice president of cloud sales at Ellucian, spoke with Chuck LoCurto, vice president for technology at Bryant University, about Bryant’s journey to the cloud—and how it has created a foundation for success at the institution.

Matt Dobosh: How did your cloud strategy evolve? How did you start thinking about it?

Chuck LoCurto: At Bryant, years ago we were always thinking “mobile first,” and then it didn't take long to start thinking about our cloud strategy. I didn't go into adopting a cloud solution for the purposes of saving money. I think if you try to implement a cloud platform solely for that purpose, you're probably missing the real one-two punch on this. For us, it really boiled down to a few things: ease and speed, flexibility and agility. For us, security, usability, maintainability—those are all real important reasons for considering the cloud.

Matt: Can you talk a little bit about conversations you had at your cabinet level or with key stakeholders on the executive team at Bryant?

Chuck: When you look at business trends and technology trends in higher ed, going back to 2017 and 2018, the adoption of cloud ERP was one of those things where the research firms were saying, "This is something to look out for." So I brought that up at cabinet meetings. I even invited third-party research companies to come in and talk to the cabinet and present to the board what's going on in higher ed, what are the business trends, what are the technology trends. And of course from my standpoint, I was looking at the architecture and what I needed to have in place here for the long haul.

Matt: How did you approach the conversations with your team and how did you get your organization ready to embrace the move to the cloud?

Chuck: We actually had been talking about the changing role of IT, because that's also another thing you always hear and read about—trying to get IT to change where they spend their time. So we talked about everything imaginable, including completely changing platforms and vendors. We were all in agreement that the rest of the IT team should be on board. At the time that we had a renewal coming up, and we got together as a team and we were like, "Listen, we've got to move this thing to the cloud because we keep finding ourselves in a situation where we've got one person in this discipline, one person in that discipline, and nothing ever goes wrong Monday to Friday, 8:30 to 5:00. Things only go wrong on the Friday before the Fourth of July weekend or when somebody's away on vacation. So we talked a lot about the changing role of IT, how we were going to work with a third party.

Matt: How did you justify the investment and pull together the numbers that made sense for Bryant?

Chuck: We did total cost of ownership. We said, "Okay how much are we paying for Oracle? How many servers are we running?" To some institutions, this may sound like a lot and to others it may sound like a little, but I think on our last count with all of our environments between dev, prod, and prod look-alike, we had 40 servers that were running. We had a database administrator, so I had hardware depreciation costs, I had software costs. So I was able to stack up all those costs and say, "Guys, I don't think anybody's ever taken the time to sit down and say, 'How much did we spend on this thing called an ERP?'" And we put that on paper. So it was not hard to dispute the cost of going to the cloud.

Matt: How did using cloud technology help your institution focus on what matters?

Chuck: One of the things that we did was enhance our own ticketing and project management system. When we were looking at one of the promises of cloud, we kept hearing, "Oh, don't worry, you'll spend less time on upgrades and bugs and you'll spend more time on the enhancements." So we actually went through our ticketing system and decided to take a look at that.

So we tagged a bunch of our requests as improvements, new features, or bugs. Now we've doubled the amount of requests that we've completed in the area of improving existing software or business processes—and that could be with business affairs, it could be university advancement—it's for a plethora of divisions. We've been able to do an incredible amount of enhancements and they range anywhere from something small, eight to 16 hours, to a couple hundred hours.

So talking about trending the right direction, it turned out to be everything that you read in the glossies that say, "Do more with less." And sure enough, we've got more improvements, more new features, less bugs. It's kind of a great story.

Matt: It sounds like you’ve made some significant enhancements in the 15 months you’ve been in the cloud. Are you confident that this trend will continue?

Chuck: This is what helps me sleep better at night. When we were discussing with our provost all the things in the upcoming week for registration, I told him, "Listen, we have the best people on earth who can solve any problem, so if anything happens it will get fixed." And I felt that much conviction in my statement because I feel that strongly about my team, and Ellucian has really proven it.

Matt: Are there any kind of lessons learned, things you would've done differently, or advice that you'd pass on to those just starting or in the middle of their cloud journey?

Chuck: Early on, I included the university’s other divisions in the RFP process. I also worked the business case very closely with our CFO and his right-hand person. So the three of us, with input from all the teams, made sure the CFO understood the cost implications, we showed the financial benefit. We socialized often and the IT team came into the decision process, because you're not moving to the cloud with just one person saying, "We're going to the cloud." It has got to be embraced by everybody because the impact here is on the infrastructure team because they're the ones who are spinning up VMs, they're the ones who are dealing with connectivity issues, they're the ones who are dealing with authentication issues.

You’ve also got to keep everyone informed about what you’re doing. There's no "We're going to do a coup and do this under the radar." There's no doing this under the radar. You’ve got to bring this out in the open because when that invoice shows up, it's got to get paid and if the CFO hasn't seen the invoice until the time the PO comes through for payment, you’ll want to buff up your resume.

Hear more of the conversation between Matt Dobosh and Chuck LoCurto in this webinar.

Inspired by the transformative impact of education, Ellucian develops solutions that power the essential work of colleges and universities. As the world’s leading provider of software and services designed for higher education, Ellucian works with more than 2,500 institutions in 50+ countries—enhancing operations and enriching the experience for nearly 20 million students.

Ellucian provides student information systems (SIS), finance and HR, recruiting, retention, analytics and advancement software solutions. With a full suite of cloud ready solutions, Ellucian provides institutions with the choice and flexibility in how, what and when they deploy solutions in the cloud. Ellucian also supports the higher education community with a range of professional services such as application software implementation, training, education, and management consulting.

Ellucian brings power, passion, and performance to bear for higher education, and its ability to better our world.

See more from Ellucian
Build the campus of tomorrow on interoperability
Six takeaways on tech innovation during the pandemic
How do you gauge the strength of your information security plan?

The cloud: a smart move for higher education

Hitting the sweet spot for cloud deployment in higher education