Where are they now? 10 years of Ellucian Live speakers 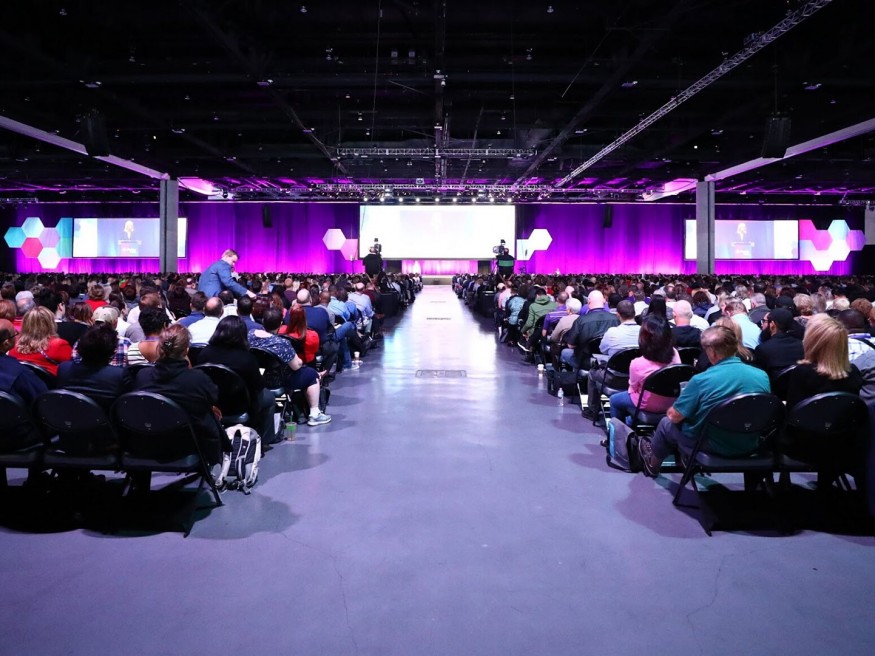 With less than a month to go before Ellucian Live 2021 kicks off, take a moment to check out some of our past speakers and their accomplishments since taking the Ellucian Live stage.

The years since 2018 have been continued to be busy for Jill Biden. After more than a year of campaigning alongside her husband, now-President Joe Biden, she became First Lady of the United States after the 2020 election.

As Second Lady of the United States during the Obama-Biden administration from 2009–2017, Dr. Biden focused on advocating for military families, education, and community colleges. As an educator herself, Dr. Biden “worked to underscore the critical role of community colleges in the nation’s economy.”

Dr. Biden’s memoir, Where the Light Enters: Building a Family, Discovering Myself, was published in 2019. And, in 2020, she published her second children’s book, JOEY: The Story of Joe Biden.

Now, as First Lady, Dr. Biden continues to focus on education and military families. She is also a professor of writing at Northern Virginia Community College.

At just six years old, Deng Thiak Adut was forced to fight for the Sudan People’s Liberation Army in a civil war that killed two million people between 1983 and 2005. He writes about his harrowing experiences in his memoir, Songs of a War Boy, published in 2016.

Now 37 years old, Adut is a successful lawyer in Sydney. He aids refugees in finding asylum in Australia, and dedicates much of his work to helping Sydney’s Sudanese community.

Along with the release of his book, 2016 was also the year Adut established the John Mac Foundation. Named after Adut’s brother, who was tragically killed in 2014, the foundation helps “people from refuge, humanitarian, and other backgrounds to access higher education.”

In 2017, Adut was named New South Wales Australian of the Year.

Jane McGonigal has also been busy since speaking at Ellucian Live in 2012. The world-renowned game developer, author, and inventor “believes game designers are on a humanitarian mission.” Her game, SuperBetter, supports this effort.

The game, which has helped more than a million people with depression, anxiety, and chronic pain, is considered “the best evidence-based design for health behavior change.”

In 2016, McGonigal published her second book, SuperBetter: The Power of Living Gamefully.

Her latest project is the Ethical OS, a toolkit to tackle challenges brought on by new technologies. This latest work has been featured in Wired and on NPR, and is currently used by universities, start-ups, and leading companies.

McGonigal currently teaches a course on “How to Think Like a Futurist” at Stanford University.

Life is Good co-founder and CEO (Chief Executive Optimist) Bert Jacobs opened Ellucian Live in 2013. Since then, Jacobs has continued to share his strategies for inspiring optimism in business and beyond.

In 2015, Jacobs co-authored Life is Good: The Book/How to Live with Purpose and Enjoy the Ride, aiming to “inspire others to choose optimism and grow the good in their lives.” And along with his brother and Life is Good co-founder, John, Jacobs appeared on the podcast How I Built This in 2019.

His most recent endeavors include investments in minority-owned tech companies. These include Uncharted Power, a data infrastructure company; ShotTracker, makers of wearable tech for basketball players; and Jopwell, a diversity and hiring recruiting platform.

Since then, Yousafzai has graduated from the University of Oxford. Through her foundation, the Malala Fund, she has continued to fight for girls worldwide to have access to education.

In March 2021, Yousafzai announced her move to the silver screen. In partnership with Apple, she’ll develop new programming for children, including dramas, documentaries, comedies, animation, and more.

Like Yousafzai, author Tara Westover is an advocate for education. When she spoke at Ellucian Live in 2019, her best-selling memoir, Educated, had just been published the previous year.

In the years since, she’s gone on to speak about education and America’s urban/rural divide. Her often-quoted commencement address at Northeastern in 2019 encouraged graduates to “embrace their un-Instagrammable selves.”

Currently, Westover is a senior research fellow at the Shorenstein Center at Harvard.

Inspired by the transformative impact of education, Ellucian develops solutions that power the essential work of colleges and universities. As the world’s leading provider of software and services designed for higher education, Ellucian works with more than 2,500 institutions in 50+ countries—enhancing operations and enriching the experience for nearly 20 million students.

Ellucian provides student information systems (SIS), finance and HR, recruiting, retention, analytics and advancement software solutions. With a full suite of cloud ready solutions, Ellucian provides institutions with the choice and flexibility in how, what and when they deploy solutions in the cloud. Ellucian also supports the higher education community with a range of professional services such as application software implementation, training, education, and management consulting.

Ellucian brings power, passion, and performance to bear for higher education, and its ability to better our world.