Find out what students, alumni, and administrators said about the impact of data-driven communications.

How do communications impact enrolment, engagement, and donations? According to a survey of students, alumni, and administrators, personal communications do make a difference.

During the enrolment process, 87% of students who received personalised communications said it was an important factor in their college decision process. And almost half of students who applied to multiple colleges said they decided against attending an institution because of poor communications.

While attending college, students crave advice but are frustrated with how often they need to repeat themselves. Students report having to speak with four or more people to get an answer to a single advising question.

And when it comes to alumni giving, 85% of recent graduates said they would donate more if they knew that their money was going to support an organisation they were involved with as a student.

Administrators overwhelmingly agree that personalised communications have a positive impact on enrolment, engagement, and advancement but are frustrated by their access to complete, up-to-date data from across the institution. Of those surveyed, 87% think their colleges and universities will not be able to stay competitive without integrating their data across departments in the next five years. 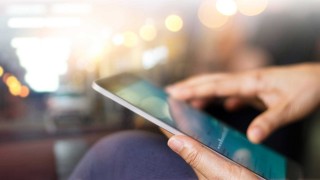 With integrated data, institutions can take on their biggest challenges.