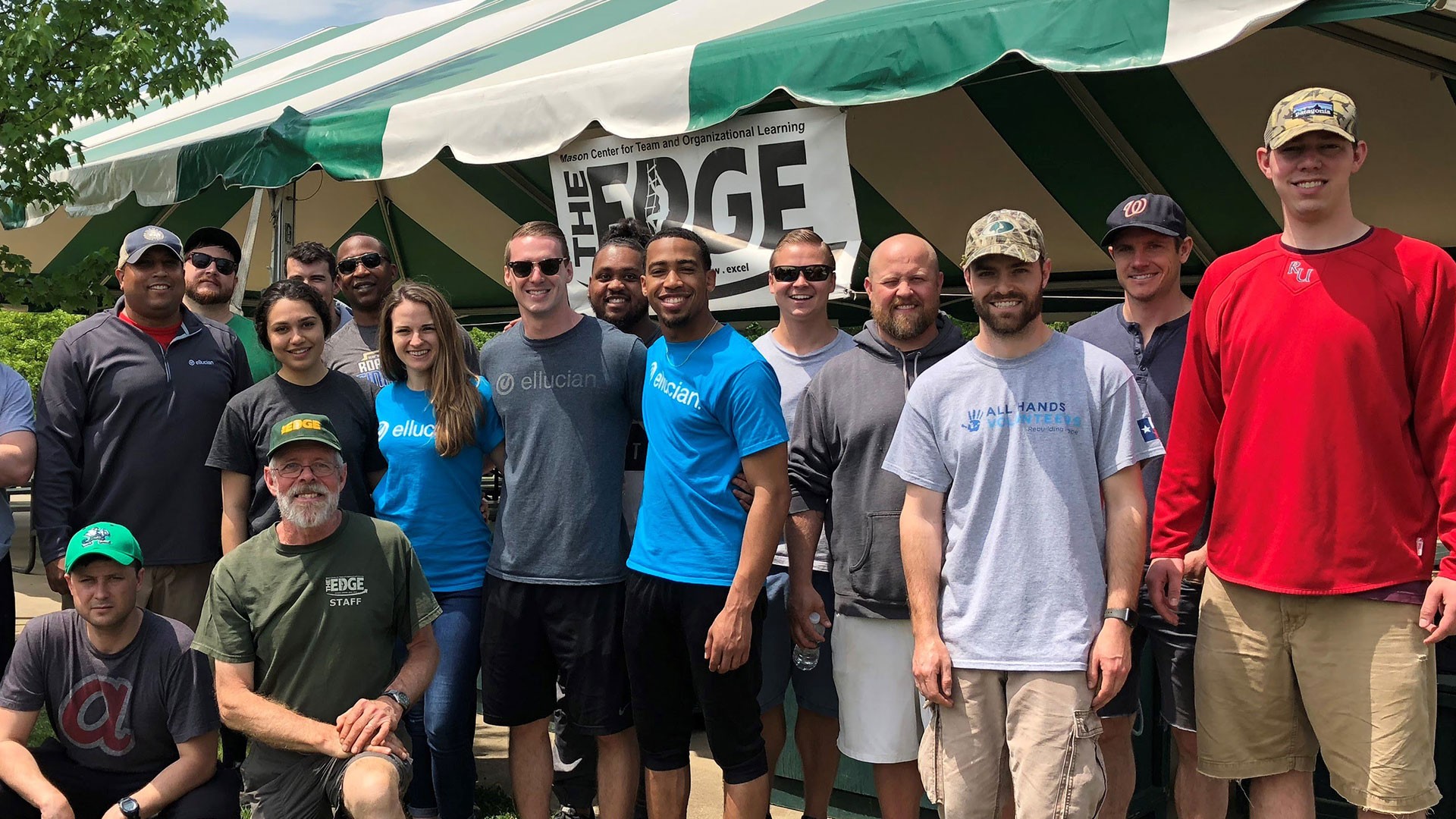 When I was graduating Longwood University (go Lancers!) the same career advice continued to come up: “do what you love, and you’ll never do a day of work in your life.” …or something to that effect. That phrase is one many have heard before, but few rarely achieve. To this day I don’t believe I’ve achieved that sort of balance, though I do feel I am getting close! My tenure at Ellucian has seen me through three transitions. Two within sales and one in the marketing organization. With my third anniversary at Ellucian coming in June what better time to pause and reflect?

One challenge to “doing what you love” is really knowing yourself and understanding what makes you come alive. What powers your passion? In college and/or in a professional setting you might take a few personality tests or strength finders to guide you in answering that question. The Ellucian marketing org recently did a Clifton Strengths test during our org level meeting. My top five strengths were strategic, context, individualization, connectedness, and developer. The definitions in this test changed my understanding of my lens to the world. Seeing how your viewpoint of the world helps or hurts you is a major step in knowing yourself and what drives you. The dominance of your innate traits and the order in which they manifest themselves help give an understanding of what empowers you. Understanding your lens on the world lets you focus what you’d like to focus and fix what you’d like to fix. For the topic of this post, let’s look at channeling your best self. Maybe later we’ll look at strengthening some of your less innate traits. I still need to work on that myself before writing a blog post about it.

When channeling your best self, you must find your “why.” Not necessarily your big life mission “why,” but more like why are you trying to be your best self? Are you starting a family? Have you seen a posting for your dream job? Are you looking to elevate a hobby or talent? Are you turning to a new chapter in your life? The why can help you frame your choices and lay out a set of steps to get you to that next level. It’s about being honest and approaching your whole-self to discover what empowers you most. You can be empowered by a huge number of things but starting with your inherent personality traits is something I would label a best practice in finding happiness in the workplace. Learning what empowers you and finding your why does not come easy. It certainly is a trial and error proposition that takes years to get through. I believe it is something you never master as you age and change but it is a constant quest in life. Below, I’d like to tell you how I found my current “why” and what really allows me to thrive here at Ellucian. 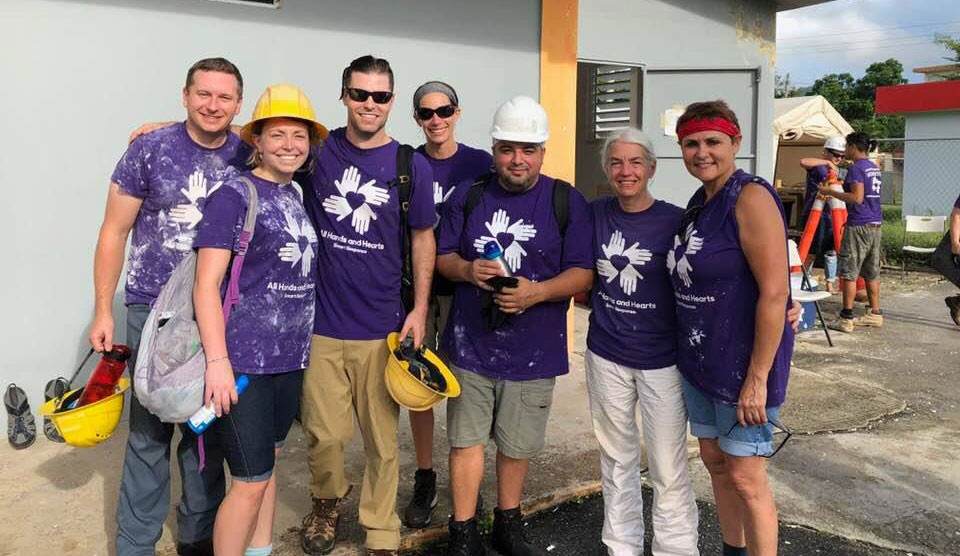 Over two years ago, I was at odds with myself. There was something missing in my life and it sat there ticking at the back of my mind. I couldn’t figure it out. Stress creeped in as a constant companion and I couldn’t figure out the source. Work was going well having recently started a new position at Ellucian, relationships were fine, home life was good…so then what was up? After reading a pledge from our then CEO Jeff Ray, it finally clicked. It was August of 2016 and Baton Rouge had just been devastated by floods. The news was 24/7 with first responders, national guard, red cross, and local volunteers rushing in to help. As a company we raised over $10,000 for the Louisiana Capital Area-West chapter of the American Red Cross. It was a quick response as an organization, but we knew we could do more. So, our SVP of General Council Jim Bennett worked with the board to find budget so he could lead a team of 14 volunteers to Baton Rouge. We would be facilitated and hosted by a 501c3 called All Hands Volunteers. In September, an announcement went out for all interested parties to apply. This was it. This is what I was missing. A chance to give back, to help those most in need, to work with my hands and see a good day’s work done when I walked away. I got approval from my manager and was accepted as one of the 14.

On October 10th, 2016 members of the Ellucian family departed from their home airports across the United States to converge on Baton Rouge Metropolitan Airport. The 14 volunteers were broken up into two groups of 7 over the course of two weeks. In this first group of 7 a few of us had a similar layover in Atlanta International which allowed us to connect prior to landing in Louisiana. Ellucian is unique in that about half our workforce is remote. Either working on client sites, traveling in the field, or simply working from home; many colleagues only see team members once a year or less. This trip was unique in that the 7 volunteers came from all different parts of the organization with a variety of backgrounds and age groups. None of us had ever met before except maybe a brief handshake during an office visit. Some of us were in our early 20s and others in our late 50s. We had senior vice presidents who sit on our board, and brand-new employees of the company. The variety of individuals was staggering for such a small sample size of a company of 3,000. One thing that united us was the call to action, to help our fellow citizens following an extraordinarily awful event.

Having Ellucian pay the tab helped reduce the barrier to entry down to zero which I think contributed to the variety of turnout. Another benefit that helped reduce the barrier to entry was taking time off, or rather, not needing to. All Ellucian, employees have the ability to take 40 hours off every year for volunteer efforts. It can be done all at once by taking five days off, you can spread it out an hour a day for 40 days, or anything in between. Prior to this week of volunteer efforts in Baton Rouge not a lot of internal messaging took place on this benefit. Since 2016, an entire Corporate Social Responsibility committee has sprung up and local volunteer efforts are a regularly shared occurrence in Salesforce Chatter. Given the impact of storms in the US these past years, Ellucian has continued an annually sponsored All Hands Trip to do similar rebuild efforts. We went to Texas and Puerto Rico in 2017 and 2018 respectively. 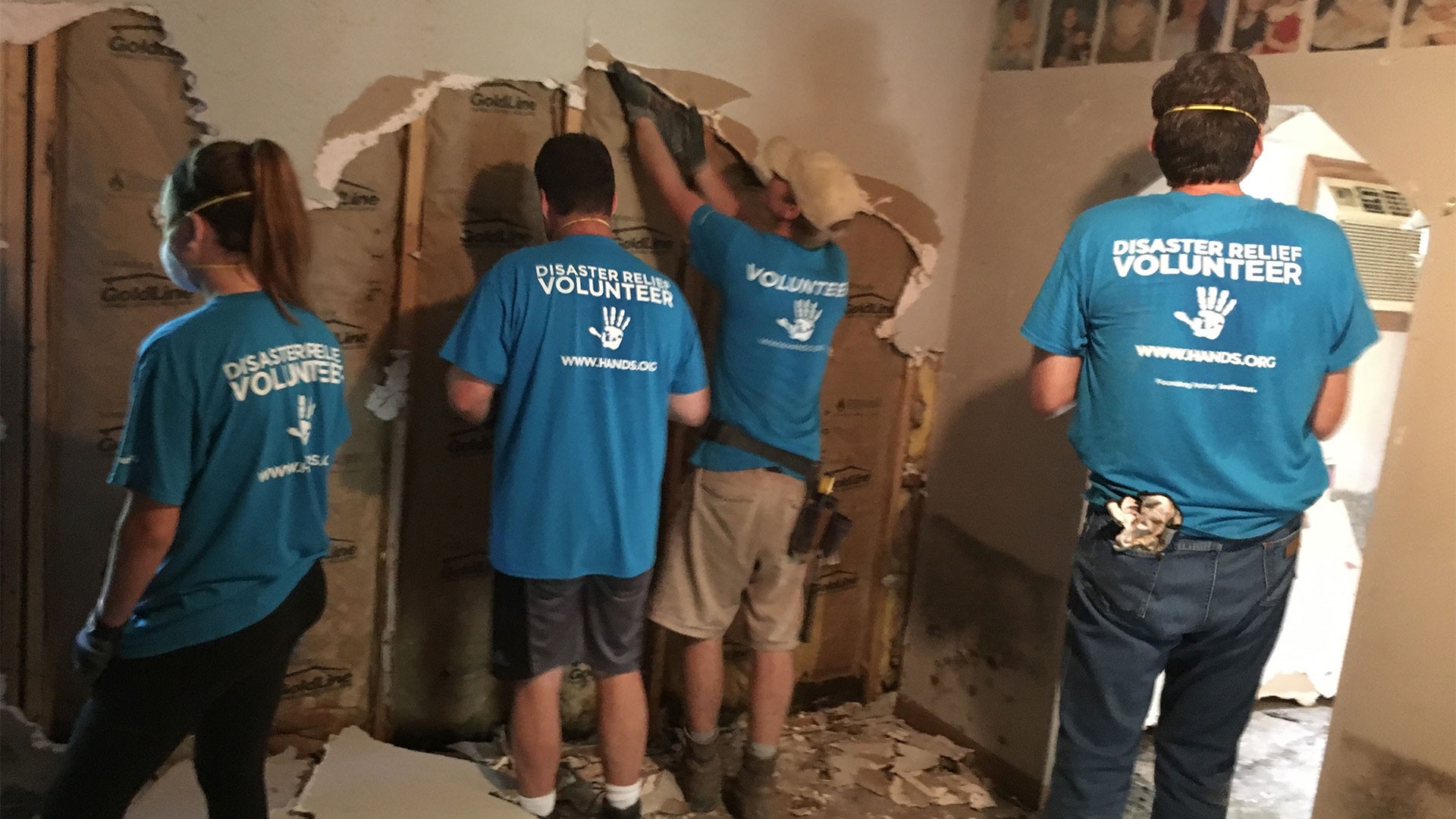 Back in Louisiana, the first group of volunteers gathered together before heading to the taxi stands. It was a mix of emotions. We were all tied by our mission for the week and by our passion for higher education. Most of us started with a typically American and obtuse question of “So, what do you do?” Our opinion and perspective on this greeting style would change in the coming week. As we piled in close in the back of taxis, we shared the work side of our lives. We leaned more on our commonality of employer rather than what we were about to embark in. There was a nervous energy among the group trying to cut down expectations and ready ourselves for arriving at All Hand’s base in Baton Rouge.

Prior to leaving we had received packets of information on the living conditions we would be in but many of us weren’t quite prepared for what we would be going into. All Hands had contracted with a church to take over what was usually their drama/acting space. Likely it was tied to their youth programs as well. It was a large open space which had been divided into sleeping quarters by large tarps hung from thin ropes. The cinderblock walls were painted black and the ceiling was a raw metal corrugated structure. Much of the floor was covered in worn industrial carpet or linoleum. Attached to this room was a large kitchen and dining space which was also loaned out to All Hands for us to prep community breakfasts and dinners. We had to pack our lunches to east on site.

All Hands has a unique model to for their volunteer program. If you are able to physically do the work requested, and get yourself to the main base, they will feed and shelter you for as long as you’d like to volunteer. You work six days a week and rest one (usually Sundays but it varies by project). After 30 days on site you are required to leave base for at least three days at your own cost. Because of this model you can very affordably spend long stretches of time volunteering without spending much of your own money and I think this is why these sites have the variety of volunteers and culture they do.

I’ve met some of the most wholesome and clear-eyed individuals in my life on these projects. People I adore today and support from afar by donating to fundraisers for that next plane ticket back to a volunteer site etc. There were retirees looking for ways to be useful and active after their carriers came to a close. There were high school students taking a gap year before heading off to college. There were volunteers from Germany and Britain looking for ways to travel and live on the cheap while giving back. When I was in Texas I talked to a volunteer and vet who felt uncomfortable in his own home and community and needed a change. Every All Hands site is a kaleidoscope of individuals in terms of background, and in terms of their reason for being there. One common thread I feel unites them all: A clear understanding that a basic good of giving back allows you to receive so much more in return. The act of dropping prejudice and assumption to complete a task in helping someone who otherwise could not help themselves is, to me, the core of the spirit of humanity. 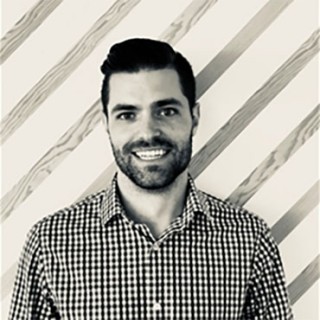 Kyle Yantis is a Marketing Specialist in Ellucian’s Reston office. As a member of the Customer Advocacy team he manages customer references, tracks and redeems EllumiNation merits, and assists with customer visits to HQ. 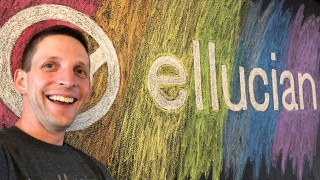 Feel the power of Pride! As Ellucian kicks off its Pride activities this June, read Jeff’s story about how he’s integrated his passions for equality and music. 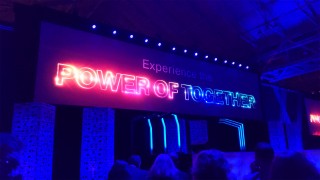 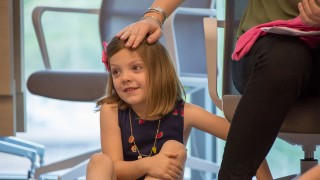