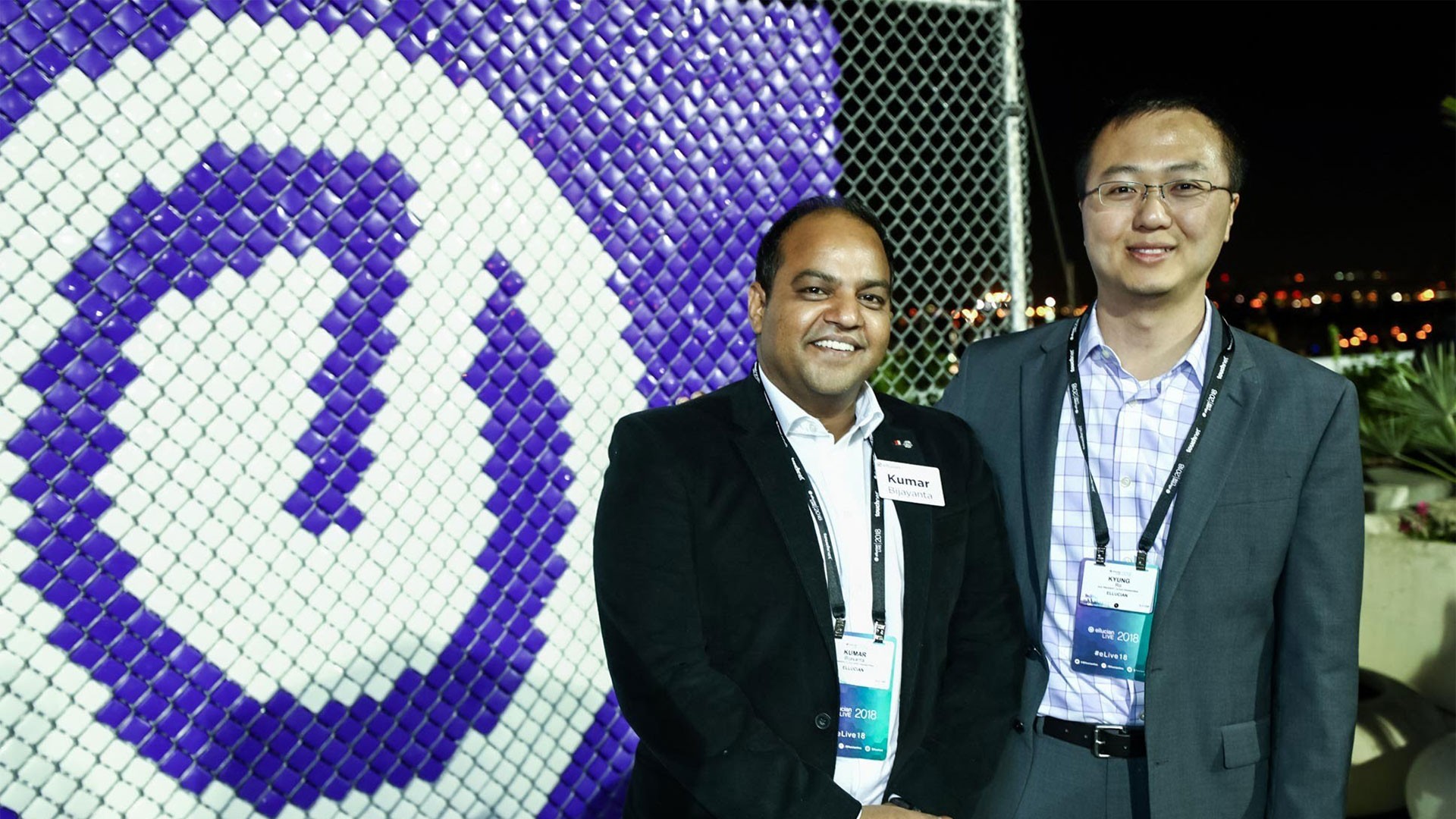 The first time I attended eLive, I didn’t have a presentation, was not meeting a customer, was not demoing a product, and it had been just a few months since I joined Ellucian. But I still got to go. Why?

Ellucian had a contest where employees were to write about why they are passionate about higher education—and the prize was a ticket to eLive for 10 winners. I wrote and got really lucky.

What happens when you are lucky, and get to go to a conference without having anything to contribute?

You think a lot and you try to find a good reason to be there. I found a reason in an email requesting a mic runner. A mic runner is someone who runs with the mic when audience members have questions. I signed up and wanted to be the best mic runner there. But as it turned out, that opportunity went to someone else.

So, I made meeting as many people as possible, and learning as much about Ellucian products as possible, my agenda. And I did enroll myself into every event that had a product that I managed, or that had the word “cloud” in it. You don’t have to be a visionary to see the value in the cloud, or why all the technology giants are chasing for market share and trying to lead. With cloud, you are just a browser away from creating your own data center without having to own it, which reduces a lot of time and investment. You can rent as much or as little as you need, at a location you choose, for the time you desire—which perhaps is the biggest reason why cloud is going to rule for years to come. For Ellucian, moving to cloud is the right and logical investment we have mad, to reduce the IT cost for universities and pass on to them other technical benefits that come with the cloud.

So with that in mind, I arrived at eLive from Bangalore. I tried to go to sleep early and did—then woke up at 2 a.m. After checking emails, I walked down to the Starbucks thrice for coffee until it was 7. The hotel also handed me a large mug of coffee “to go” after breakfast. A little larger and the mug would be called a bucket in India.

At the venue, it looked like a carnival. Thousands of people started pouring in, most of them our customers. It appeared to me that this was the crowd, consisting of thought leaders and technologists in the education space, who were responsible for sculpting students into winners and making the USA a superpower and the most desired destination for education. This was a crowd that, for decades, has contributed a lot to almost every innovation that has pushed the human race forward.

I met and made small talks with the people I had worked with earlier. But the most exciting part was waving pom-poms and cheering our customers as they walked in, right before the event started.

In an auditorium jam-packed with over 8,000 excited people, with music as loud as in the clubs, we were only waiting for the event to start—and soon it did, with CEO Laura Ipsen speaking about the community and where Ellucian was headed. She was the first of many women to take the stage that day, which left a hugely positive impression. My daughter was about 3 years old then, and I kept thinking that there is nothing that is going to stop her with such leaders paving the way for her. I couldn’t be more proud of Ellucian.

With over 300 sessions in four days, I could only attend the sessions that I found most interesting—Banner, Colleague, and cloud. The day was fun until about 3 p.m.; then jet lag kicked in. I suddenly felt I hadn’t slept in days and wanted to roll off the chair to the carpet underneath and close my eyes. The coffee bucket that the hotel gave me only lasted this long. Another cup of coffee from the Starbucks at the convention center helped me push further.

A dinner with a senior team member made a huge impact on me. I was hoping to get some time to speak with him to understand his thoughts and vision, challenges, and way forward with the cloud. It was a super pleasant surprise when he called me and asked me to meet him for dinner at the hotel lobby at 6. We went to a Mexican restaurant where he explained to me the different tacos and drinks that hit our table. The discussion I hoped for (technology, my role, expectations, etc.) was as far as Mars. We never touched the topic, but instead talked about everything else under the sun. As the dinner ended, I decided to work for him for years to come.

That set the mood for rest of the days at eLive: sessions by day, showing how Ellucian products help students and universities; dinners with exceptional leaders by night. I will forever be indebted to him for inviting me to all the events that he was a part of. For a new manager like me, every opportunity brought new learning. 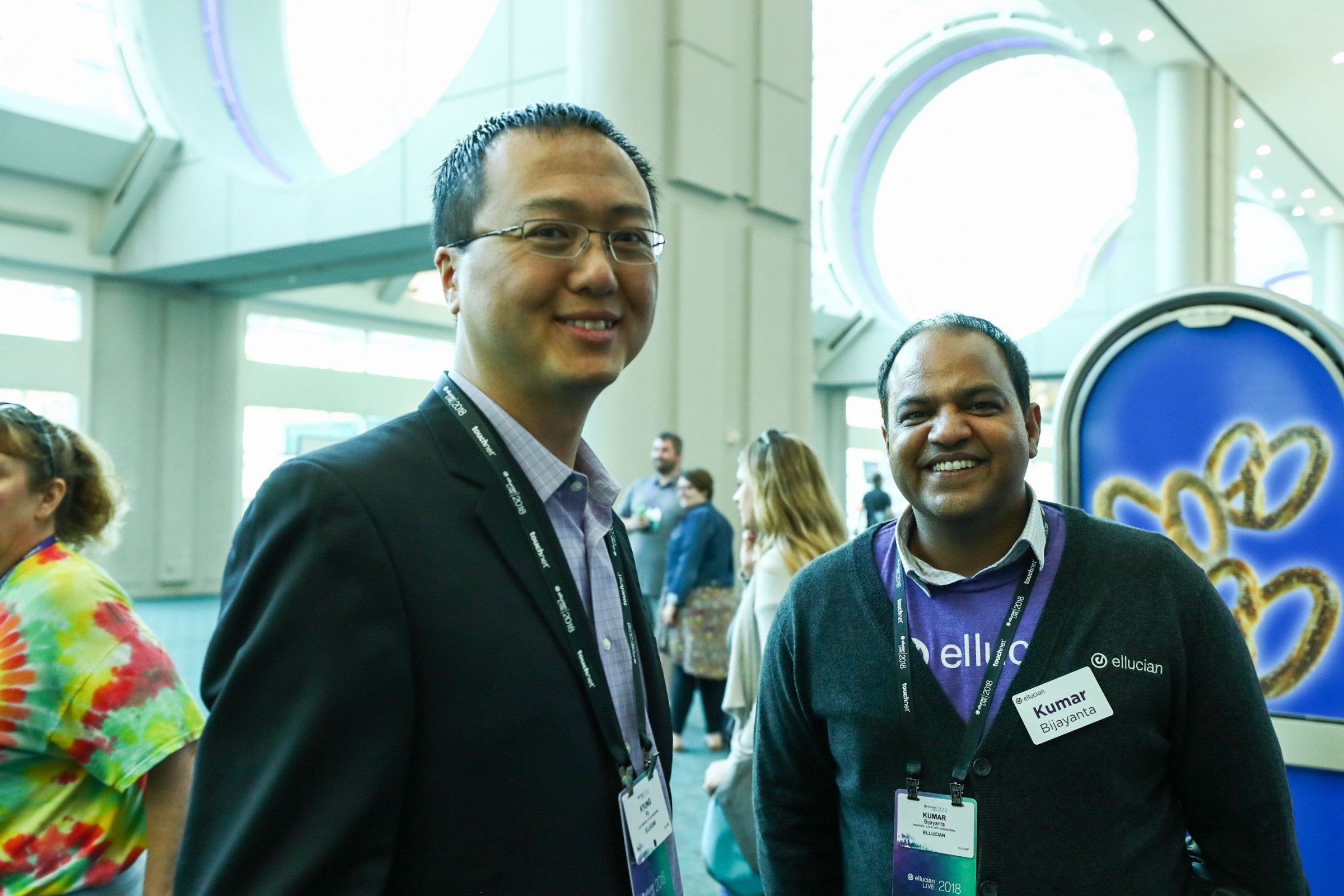 On the final day, our cloud VP invited us for lunch. This was the first time I met him face-to-shoulder. At way beyond six feet, the eyes are really far away. For lunch we ordered American burgers, and he, like a true boss, finished the entire plate that had fries for a family in minutes. He has an amazing sense of humor, and I was just happy sitting at the table learning about cloud operation’s biggest challenges and the plan to fix them. I felt I was being taken into the future.

That night I flew home, taking the following back with me:

Kumar Bijayanta manages the Cloud Operations team in India for Ellucian’s SaaS products, including Banner, Colleague, and Platform and Analytics suite of products.

I got a Golden Ticket. How #eLive18 changed my #ellucianlife

A View from the Ellucian Hinterland