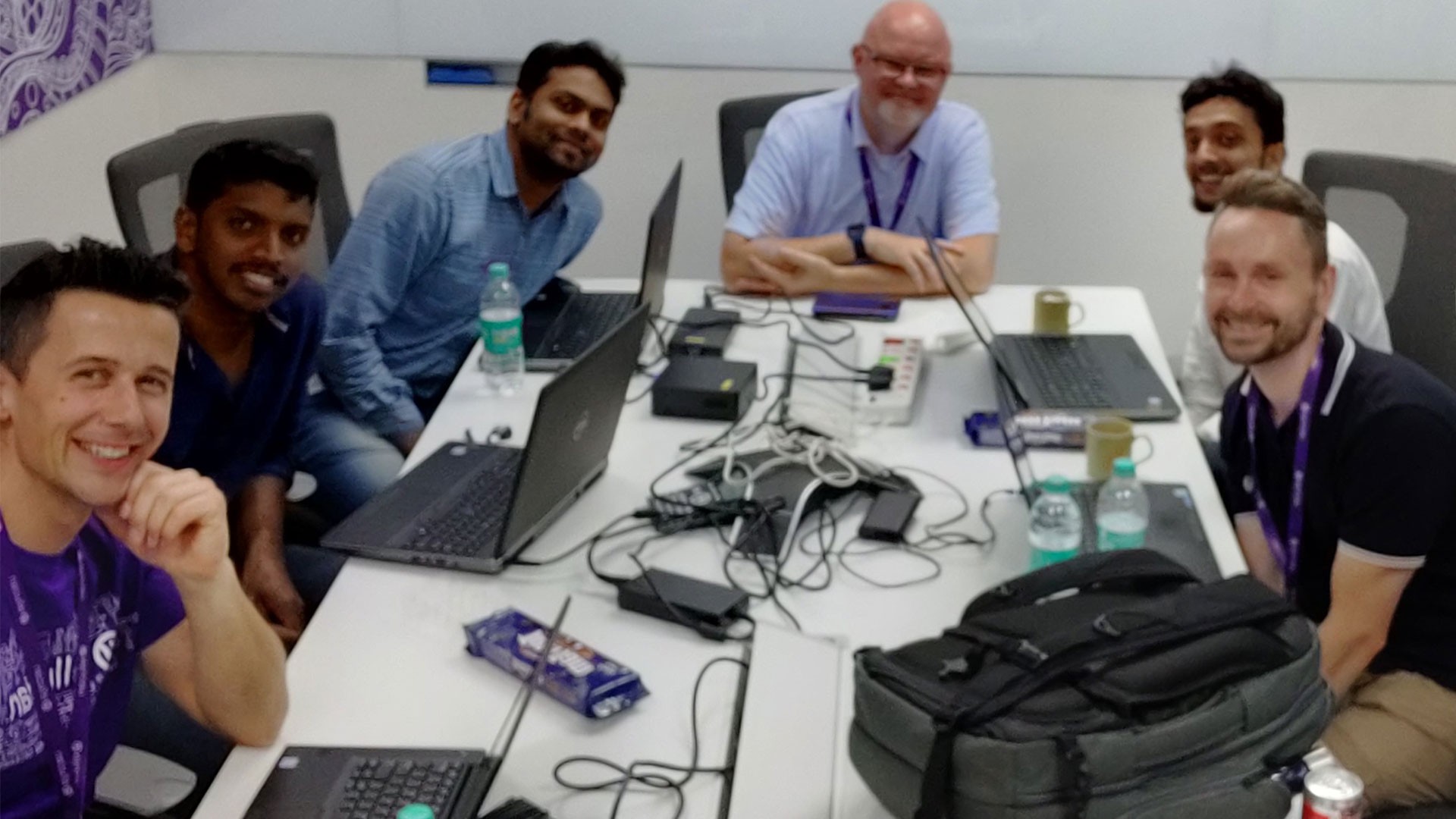 The array of motorcycle, car, and bus horns almost drowned out the sound of our rickshaw’s tiny motor as we joined the masses making their way around Bangalore’s busy commercial district. One of our team’s local experts happens to converse fluently in the specific dialect of Bangalore streets, and he quickly negotiated two of the three-wheeled vehicles to get us to our target. There were six of us, in only two rickshaws! In a car, that wouldn’t worry me, but a rickshaw is only a little larger than a motorcycle plus sidecar, so the ride was quite…intimate.

Our driver, fresh out of rallying school, showed great skill in squeezing us through the thick after-work traffic rush. Masses of motorcycles—no problem! Bus turning into your lane ahead—no need to slow down. A line of cars backed up on a narrow road—easy, we’ll just pass them in the oncoming lane! 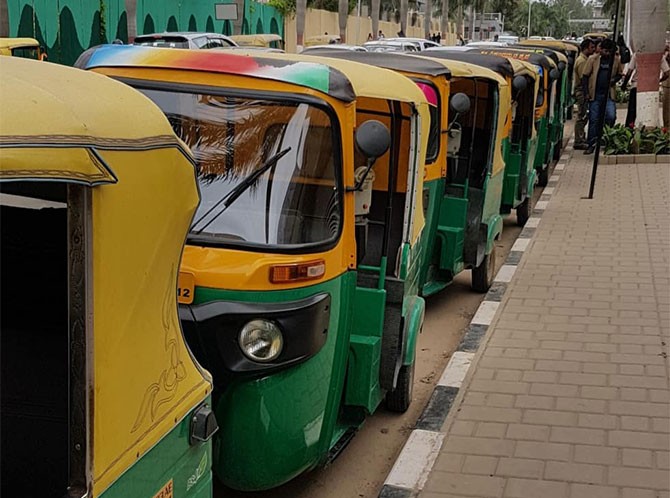 It was an exhilarating ride, and nothing out of the ordinary for our two locals. For the rest of us it was quite an adrenaline rush, though nothing we wouldn’t be happy to do again. We had a good laugh over dinner and took a much more sedate ride back to the hotel once the traffic had died down.

The rickshaw ride was one of many eye-opening contrasts during my recent visit to Bangalore. It was part of our annual team planning process. In prior years, we’d all met in Reston during the mid-year training event, but with this year’s event being virtual, it made sense for us to meet at a more central location. Since the team is spread between North America, Europe, India, and Australia, Bangalore was the logical choice.

The week-long visit was full of great experiences and contrasts to life in Australia. Another great example is our work schedules. It’s common to work 9–5 in Australia, but it’s not uncommon to work 12–8 in India, just to deal with the traffic volume. So, for the duration of the visit, the four international visitors matched the local 12–8 work schedule.

Bangalore is a burgeoning, thriving city, attracting talented IT workers from across the region to come work at the world’s leading companies. In fact, in close proximity to Ellucian’s office you’ll see Intel, Honeywell, Citibank, Microsoft, and dozens of other well-known companies. Even while walking through the city in the evenings, far away from the commercial centre of the office, I found it surreal to pass people on the street that were engaged in excited conversation over procedural business logic and conditional statements. It seems everyone in Bangalore has some tie to the world of IT systems. I guess there’s a good reason they call the city the Silicon Valley of India. 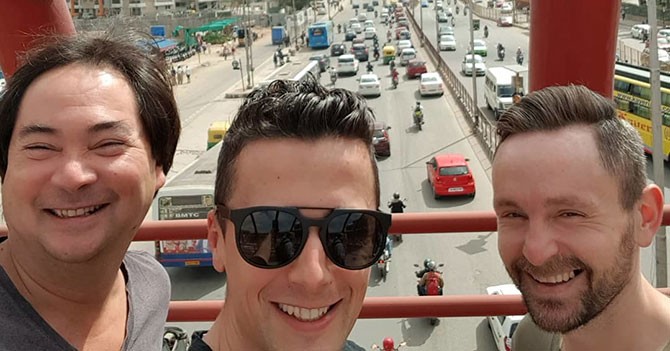 It had been over 15 months since I’d seen my Indian colleagues in person, and our newest team member had never met most of us in person at all. So it was fitting that some of our time together would be an opportunity to bond as a team. What better way to do that than through the universal constant all global societies share: food! India has an absolutely incredible array of cuisine, with each of its regions having unique flavours and styles of food preparation. Even for those of us who had been to India on several occasions in the past, the food discoveries held something new and delicious for us to try. Our dinners together were a testament to the bonds of our team. If it weren’t for it being a work night, the conversations would probably have continued till the place closed and they had to kick us out.

From a work perspective, our goal for the week was to collectively formulate a plan for our team’s activities over the coming year—what we would focus on, which expertise we would try to grow, and which services we wanted to improve. There was little discord about the team’s goals for the coming year, and we formalised our plans in only a few short hours. That left us with ample time in the week to get to know the impressively talented teams and individuals that work behind the scenes of Ellucian’s product development. There were many faces that we’d met during other events, like Ellucian Live, our global Ellucian user event—so it was great to catch up on the cool stuff they’re all working on. We managed to achieve quite a lot in our short time together, but it wasn’t all work and no play.

Ellucian’s Bangalore office is quite modest in size by the local standards, but in the hierarchy of the company’s 15 global offices, it is second in size only to Reston, the company headquarters. For the 700 or so employees who work from Bangalore, the office planners had to find ways to let staff let off some steam, improve team bonds, and generally inject some fun into the workday. They added a table football (foosball) and ping-pong table to each of the floors. During a quiet moment in our second day, the local team members showed me these social areas on their floor. We had a fun game between the four of us. Note to self: brush up on ping-pong skills for next visit. 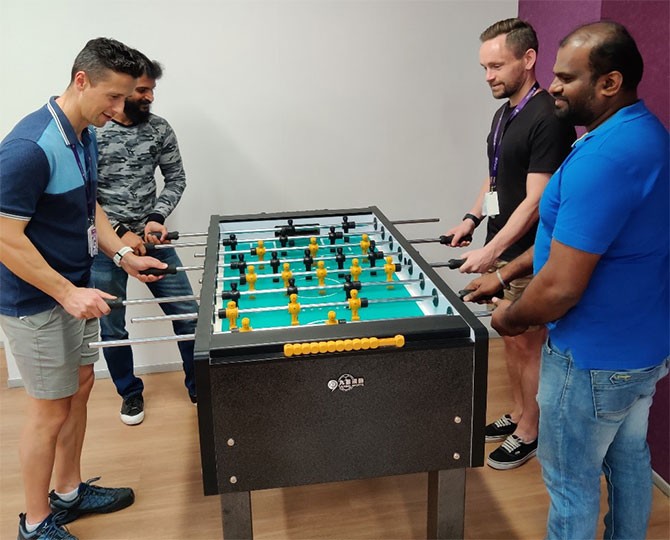 It was a well-rounded week spent together, with planning, group development activities, many introductions, team bonding, and general fun together. India’s official tourism slogan is “Incredible! India”—and now that I’ve had a chance to sample its culture, I have agree. Incredible indeed!

Ellucian NEXT: Mastery, Trusting the Process, and the #PowerofTogether

The Pursuit of Learning