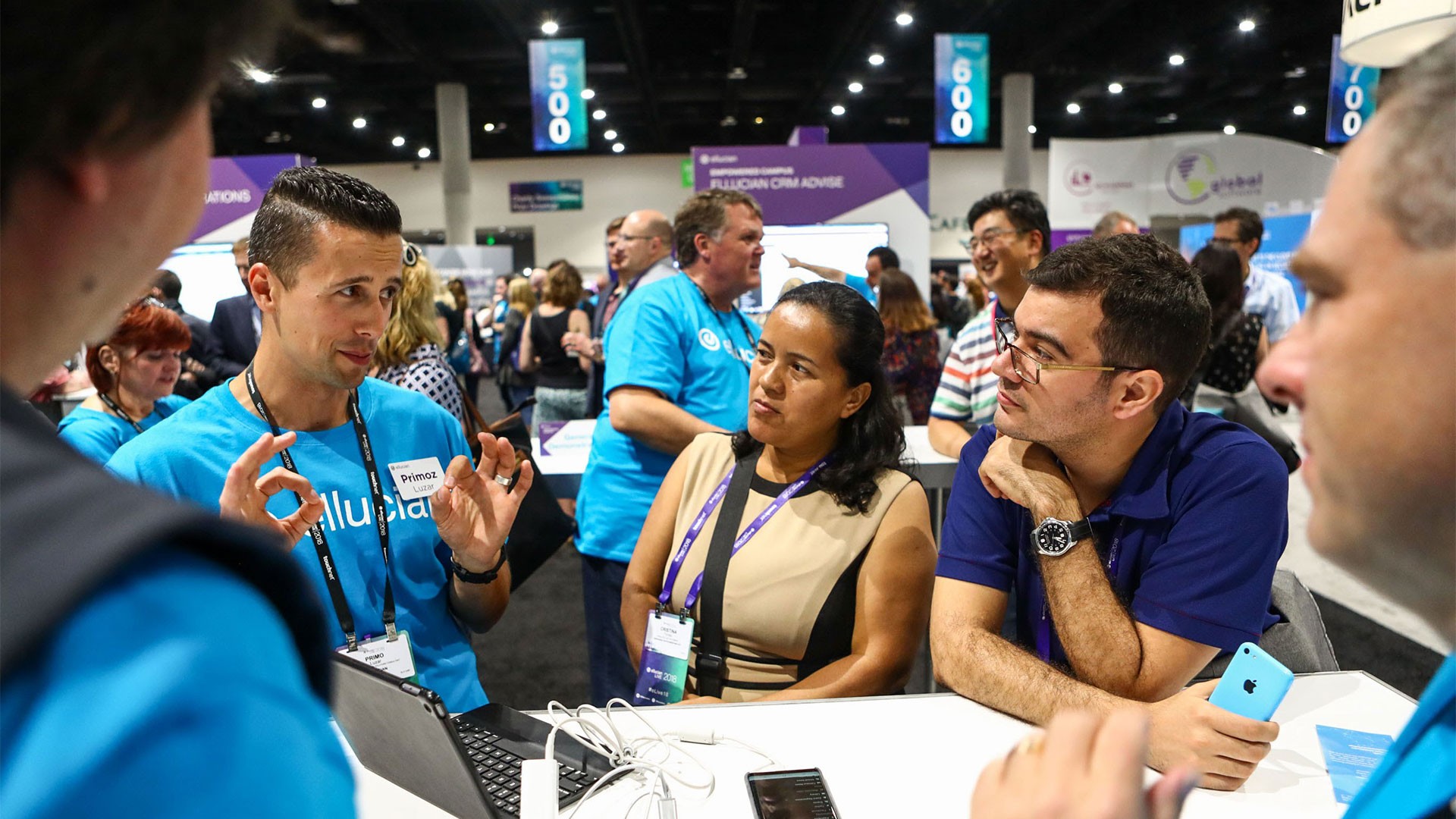 Every year Ellucian invites the entire Field team (i.e. Sales, Marketing, Delivery, etc.) to get together and start the year off with some celebrations of the past year’s achievements and some training to equip us for the year to come. Personally, every year, I look forward to a week of connecting with the people from our global team.

I live and work in the South-East of Australia, in a town called Geelong. Getting to a conference on the East coast of the US takes some time, but it is usually simple enough. This year’s travel was a bit more of an adventure than I normally experience. A snow storm on the East coast of the US meant my flight to D.C. was redirected to another airport at first, to refuel while the runway was cleared of snow and ice in D.C. That delay meant that I missed the connecting train, and with no other options running that evening, it meant I’d need to cancel the first night at my planned hotel and check in somewhere near the airport, then continue in the morning. No big deal. That was when I found out I actually didn’t have a hotel booking in my final destination… oops. So far, not a great start to the kick off.

Thankfully, all my travel snafus were ultimately sorted with ease. Four years traveling the world for Ellucian tends to equip you to deal with things like that. I made it in time to get in on all the fun of our team fun activity. You see, I work in Ellucian’s Europe to Asia Pacific region (encompassing Middle East too), so our small group of twenty or so people are spread across three offices. Actually, we don’t even work in offices, most of us work remotely. When we get together, we make sure to take some time to get to know each other, do something fun, and make some memories in the process. That usually means taking advantage of the sights and activities that our destination has on offer. Last year we went skiing together. 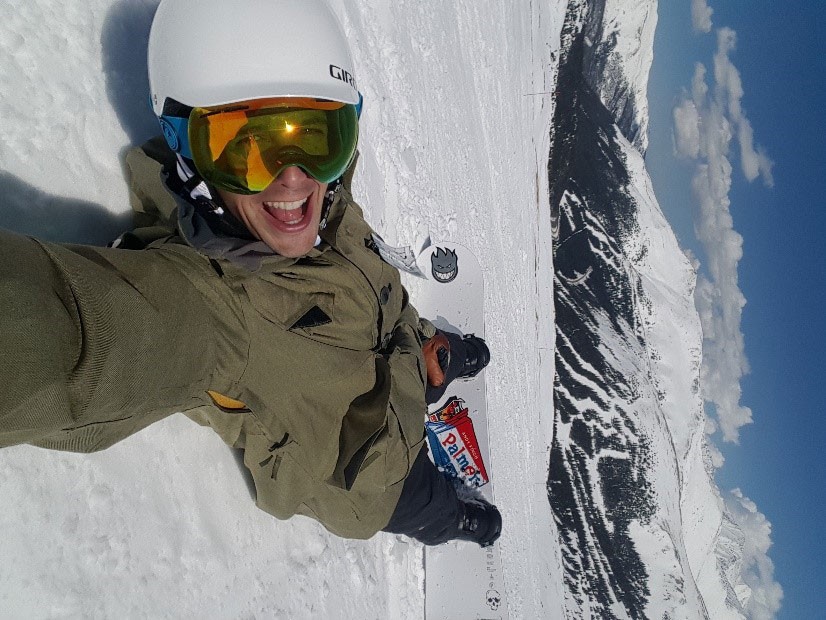 This year we chose something a little different. Axe Throwing! Yes, throwing axes at a target, in an elimination competition against fellow team members. Sounds dangerous, right? I managed to score the honour of highest missed throw (about 4 feet above the very large target). Nobody was hurt. The big smiles suggested everyone had heaps of fun. The event was a huge laugh, and we discovered that some of the team have a hidden talent for throwing sharp objects. Mental note: be extra nice to them. 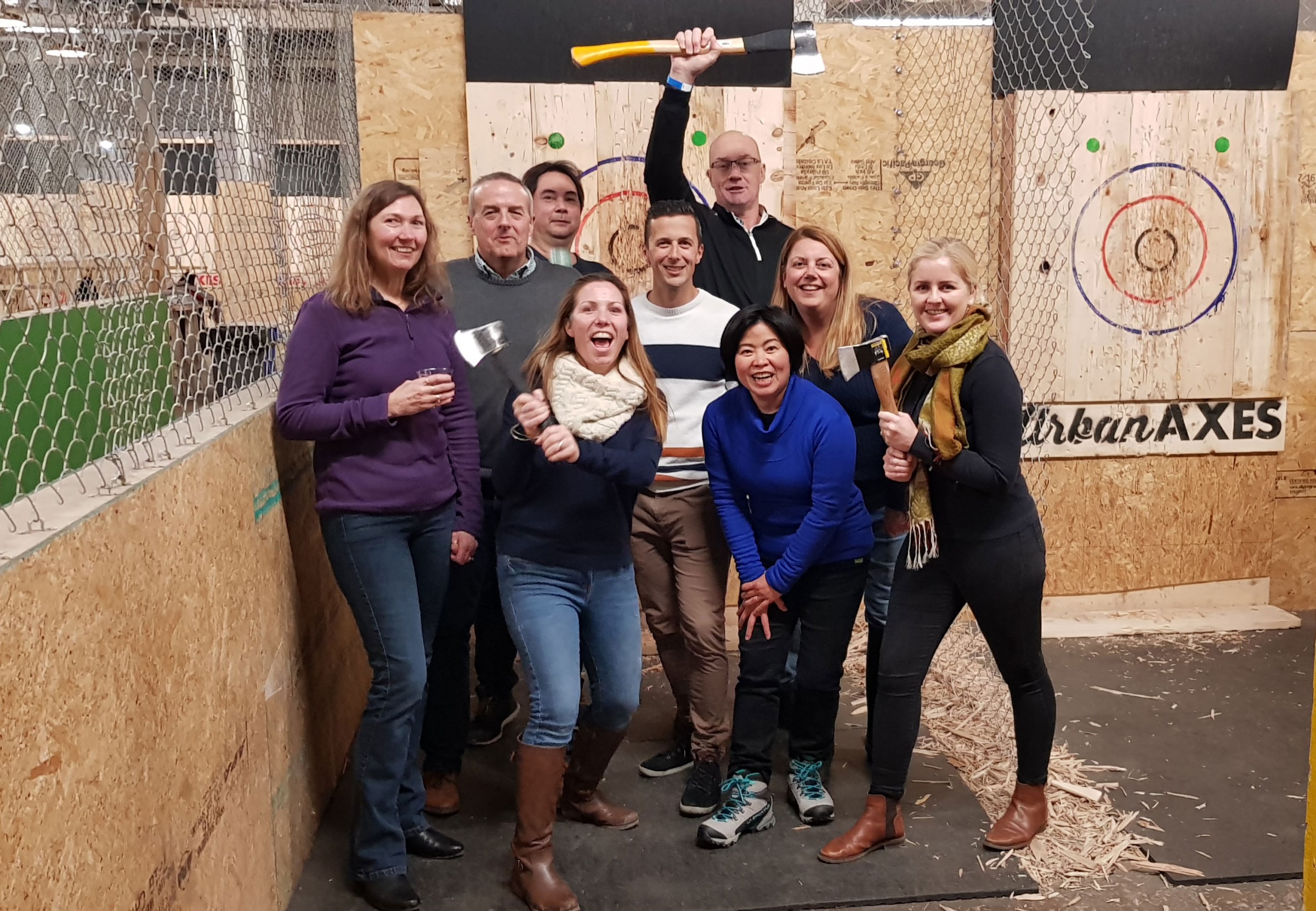 That team I work with are spread over three large regions across the globe. They aren’t just your run of the mill workplace colleagues either; I count many of them as friends. People I like spending time with. People that are fun, interesting, engaging. It’s this group of people that makes my professional life easier when I’m in the middle of a work crisis that seems like it has no end, and I’m putting in long hours to get it resolved in time. In the same way that our families and friends help each other out when life throws us a curve ball.

Perhaps this is best illustrated with an example.

I never counted myself as a top achiever in my group of peers within the global team. Sure, I put in a lot of effort, I’ve gotten some great feedback, and I’ve hit targets, but so do most of the team. When I see them at work I am frequently impressed by how smoothly and effortlessly they highlight the best qualities of Ellucian solutions. So, as we were kicking off the year at our annual Field Team event this January and it came time to recognise the top team members from a group of over 50 highly talented individuals, I was incredibly moved to see my name among the list of those being recognised. I had no idea it was coming. The annual reception dinner was when those recognitions were announced. It was also an opportunity for us to connect and share some stories from our #ellucianLife experiences. I have to say, there are few things quite as motivational as hearing your own heroes reflect on your achievements and hold them in the same high regard that you once held those persons’ achievements. Ellucian has a special talent for hiring experts, and forming teams of people with strong personal bonds. It’s a great recipe for success.

The Field Kick Off is a week of training, strategizing, and making relationships with the people that work in regions outside our own, as well as reconnecting with all the people that are constantly supporting us via virtual channels. Despite my initial travel challenges and exceptionally cold weather, I have to say, its been my best Kick Off yet.

Read Louis’ story about his post-university journey to becoming a Regional Business Specialist at Ellucian.