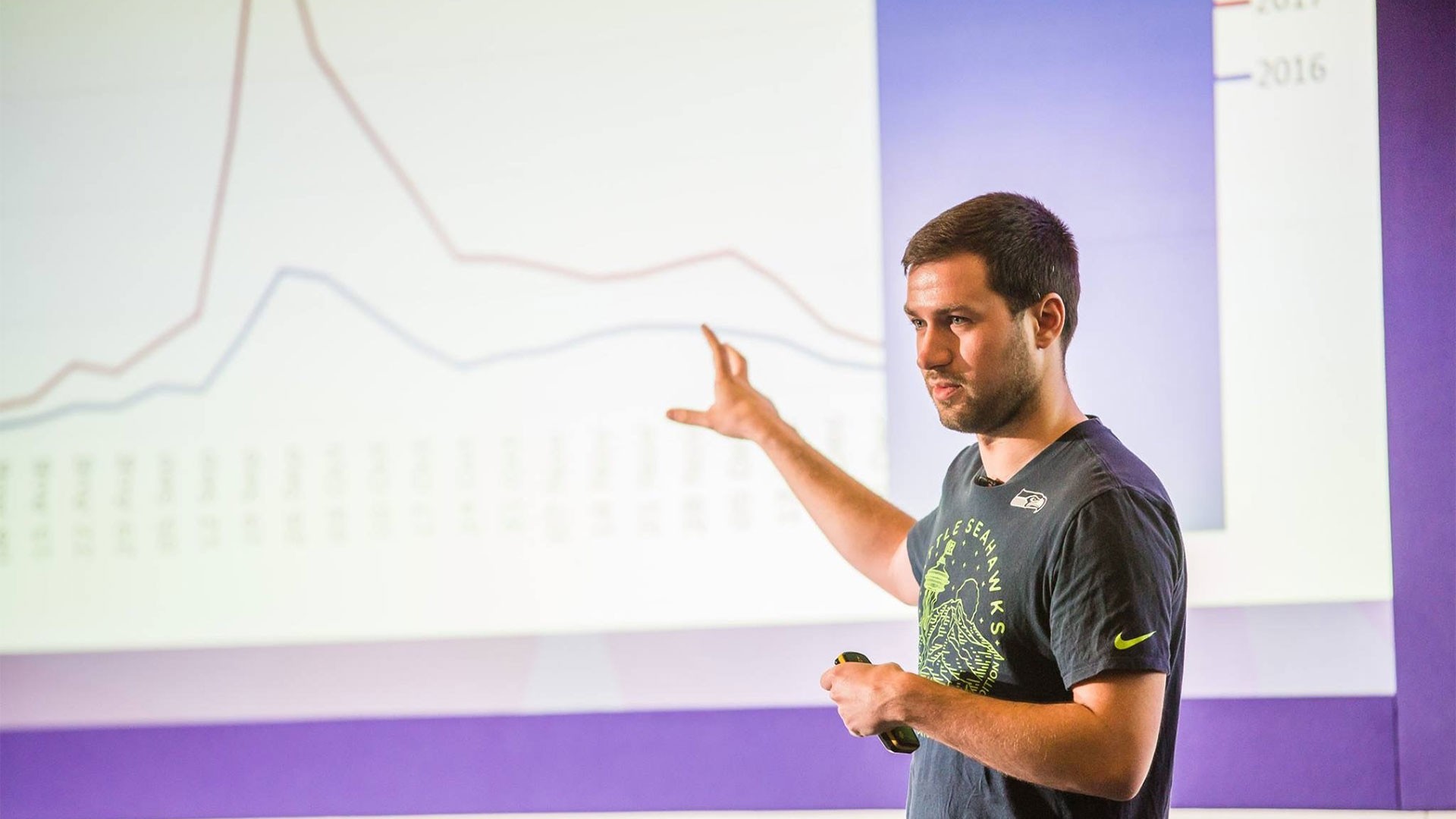 When I graduated in 2016, like many, I wasn’t sure which path to take. My degree was a BSc in Computing and although it was something I was good at, I wasn’t sure it was what I wanted to do next.

I was fortunate enough to be elected as the Vice President Student Activities (VPSA) at the Students’ Union University of Greenwich. I was elected for two years in a row, which gave me a unique opportunity to have a graduate scheme experience in an environment I knew and felt comfortable in.

My role was a full-time paid position. I was responsible for representing student interests, lobbying on their behalf and making positive change to their university experience, specifically focusing on student activities outside of the classroom.

Some people like to ask, “So did you basically just play sports and put on parties?” Well, over my two years I learned a great deal, and yes, some days I was attending sports fixtures and some days I was organizing celebration events. But that’s just the tip of the iceberg. I won't get into the all of the details, but the role gave me significant experience in everything from budget management to project management, campaigning to stakeholder management, and events and marketing.

To explain how I joined Ellucian I need to turn back the clock a little. I attended a workshop in my final year of study with Ellucian and University staff about Technology on Campus. I loved it, but little did I know that I’d just had my first real interaction with the company who’d later employ me.

Off the back of that meeting, the Director of Information and Library Services at the university encouraged me to apply for a role in the mobile application team at the university—which I did—and soon after, I joined the team. However, a few months later I won my election and I had to leave the mobile application team to start my new role as VPSA. But I wasn’t ready to give up technology just yet.

Because of my experience in technology I was asked to be the Students’ Union representative on the University IT strategy board. There I gained real-world experience about what goes into multi-million-pound decisions, and how an institution as large as Greenwich runs its technology on a day-to-day basis. Whilst there, I also helped found the Mobile app governance group, which was one of my key recommendations during my time working for the team.

Then, a few months ago, I once again found myself in the same position I was in when I first graduated: facing the looming uncertainty of what I could do after my two terms were over. Policy states that we aren’t allowed to do more than two years as a Sabbatical officer, so once again I had to think about what I wanted to be doing in the real world. This is where I was re-introduced to Ellucian.

In May of this year I was asked by the University of Greenwich to speak on their behalf at the Ellucian EU User Conference in Bath. I was to talk about the journey we’d undertaken with the university's mobile application and how we’d specifically chosen to refocus our efforts back on the student experience during its development.

I was overwhelmed by the positive reactions to the keynote. When I was asked whether a position at Ellucian would be something I was interested in, I couldn’t say yes quickly enough. I couldn’t help but think back to that first initial workshop and feel like I was making the right choice.

Why am I telling you all of this? Well, I’m currently sat at 36,000 feet on my way to Dulles International Airport, near Washington, DC. Fast forward two years from my first few weeks as VP Student Activities, and I am now an Associate Functional Consultant for Ellucian headed to Ellucian headquarters in Reston, Virginia.

My first month with Ellucian has been unbelievable. This is the first step I’d been looking for, a company that understood that I’d take time to develop and to settle in. A company that lives my values of daring to make bold choices, putting long-term relationships before short-term gains and moving forward despite uncertainty.

Ellucian directly contributed to my success as a student. Now, it is my responsibility to contribute to others.

Louis is an Associate Regional Business Specialist at Ellucian. Louis joined Ellucian after speaking at the European Ellucian User Conference in 2018 and works remotely out of Greenwich.

Read Primo’s story about his best field kick off at Ellucian.