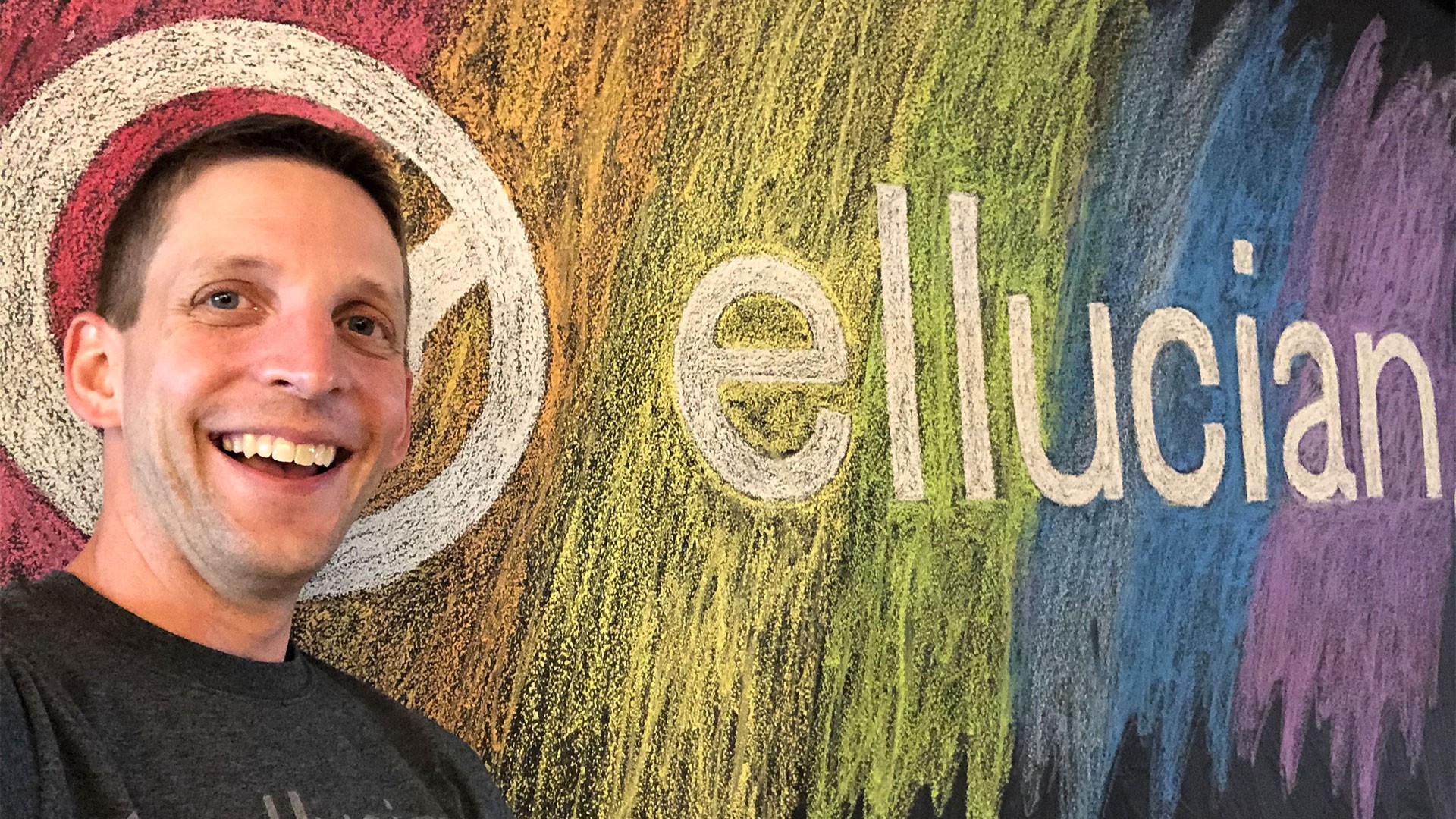 When you think about “together,” what comes to mind? What does “inclusivity” mean? How do we define “identity”? How does one demonstrate these as values?

Long before I started my #ellucianlife, I grappled with questions like these. Having been raised in a in a middle-class normative white neighborhood where almost everyone lived basically the same life, I didn’t exactly experience a lot of diversity. My idea of “togetherness” was when in band rehearsal, everyone played the same note at the same time.

While studying psychology in college, I drank diversity through a fire hose. One course introduced me to the ugly truth of exclusivity, social prejudice, and the lack of education around LGBTQIA+ issues. I vividly recall the first time I learned of Harvey Milk, the Stonewall riots, rampant discrimination, and how countless youth suffer while struggling with their LGBTQIA+ identity. It was shocking, and it motivated me to become an advocate for equality and inclusivity. While the Gay-Straight Alliance on campus was subtly unwelcoming to a straight, hetero, cis male (ironic, isn’t it?), the local PFLAG chapter warmly welcomed me as an ally and my journey began. 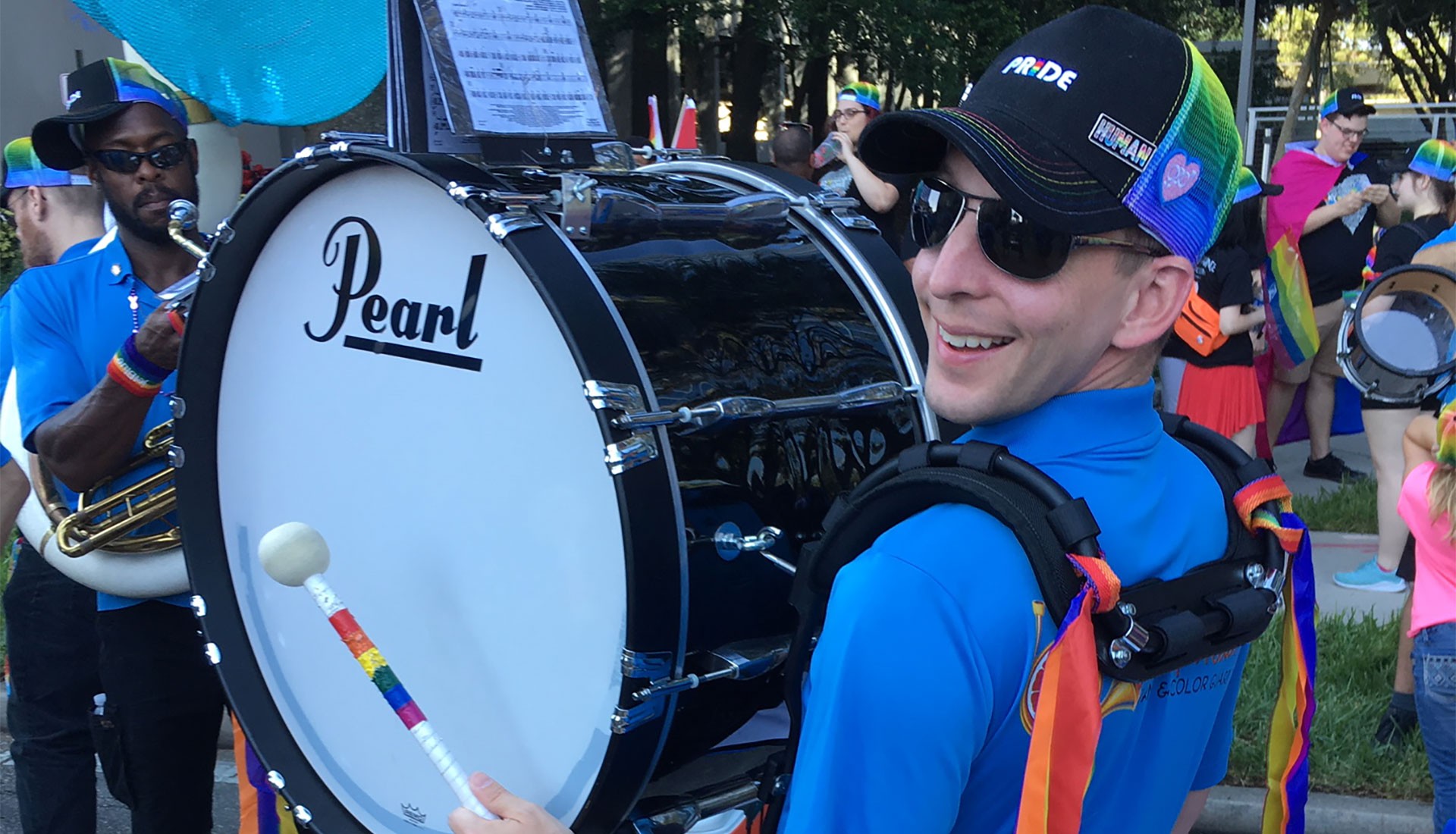 Performing often with the Minnesota Freedom Band, an LGBTQIA+ concert band, I integrated my passions for equality and music. I was honored to perform with the Minneapolis Philharmonic, the first, and for many years the only, LGBTA orchestra in the country. Integrating my passion for education, I lobbied our nation’s capital for comprehensive reform, including education of LGBTQIA+ issues.

My advocacy continued in 2011 when I helped start the first LGBTQIA+ band in Orlando—the Central Florida Sounds of Freedom Band—was a guest conductor, and marched in Orlando’s Pride parade. One of my favorite charities, the Zebra Coalition, is a network of resources for at-risk LGBTQIA+ youth. While some label me “ally,” I consider myself part of the LGBTQIA+ community. It isn’t about “us” versus “them.” It’s about all of us working together for a better world.

And in 2016, if ever there were an event which catalyzed togetherness, it was the overwhelming response from the community as the Pulse nightclub tragedy unfolded just a few blocks from where I lived. Millions of dollars were raised overnight. Thousands stood in the summer sun for hours to donate blood. Volunteers distributed food and water. “Angels” surrounded memorial services to keep hatred away. And tens of thousands gathered downtown for a vigil where the most poignant rainbow appeared overhead. That is what “the power of together” means to me.

At Ellucian, I’m proud to be one of the founding members of “e4”: Ellucian Employees Empowered for Equality, our LGBTQIA+ resource group. Partnering with colleagues around the globe, we believe we are greater as one team. We believe in the value of diversity and belonging, and we support and embrace the power of pride. This month, we will take part in the Capital Pride parade in Washington, D.C. to show our togetherness to the nation.

We’re creating Safe Zones in our offices to support our employees and further promote an inclusive environment. We offer comprehensive insurance covering domestic partners and transgender healthcare. Our HR practices include protection for sexual orientation and gender identity and expression. Ellucian supports my advocacy: our company’s commitment to work-life integration means I can flex my schedule for breakfast fundraisers and board meetings, work remotely to be closer to friends or family in need, and take paid charitable leave to volunteer in the community. There’s no doubt Ellucian takes pride in the power of together, which is what makes it such a great place to work.