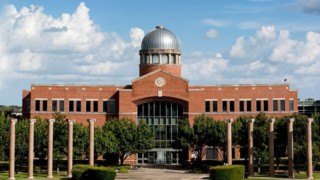 Align IT infrastructure, governance, and services with strategic priorities

HBU’s growth, while extraordinary, was not unexpected. For more than eight years the university had been executing a long-term strategic plan designed to transition from outstanding regional institution to comprehensive national university.

However, as the university grew and operations became more and more complex, existing IT resources proved inadequate for enabling the vision spelled out in the strategic plan.

“We knew we had not invested enough in our IT infrastructure and governance,” says Sandra Mooney, vice president of financial operations at HBU. “We realized that if we kept growing without addressing those issues, we would implode upon ourselves because of our inadequate technology.”

Since beginning a partnership with Ellucian Technology Management Services, HBU has realized significant cost savings, notably in technology operations due to increased efficiencies (for example, by establishing a modernized data center decreased energy consumption) and through the optimization of technology resources and increased leverage in contract negotiations with vendors.

“Within weeks of the team’s arrival we had established a priority list. We were having meetings, we were getting things done, and we were making progress,” says Cynthia G. Simpson, provost and vice president of academic affairs.

Before our partnership with Ellucian, we didn’t understand the level of services that we could have or should have in the IT area. Once Ellucian came in, we started moving forward at light speed. It was a night and day difference.

Let Ellucian take care of your applications and IT infrastructure so you can start innovating. 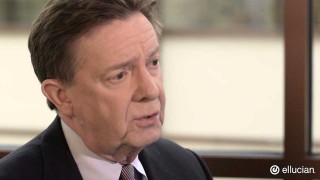 The evolving role of the higher ed CIO

Today's chief information officers are often deeply involved in institutional governance and strategy as well as the development and adoption of technology and information systems.

Over $9 million in new grants in under two years

A technology partnership that drives success

How Muskegon Community College maintains and empowers an effective IT staff.