Papers, Post-its, and Pedometers: Why Modernisation Is About More than Just Technology

Back when I was the IT Director at the University of Minnesota, I would sit down once a month with Esther from the finance team to go over our budget plans and balances. We would review our paper notes from the last meeting, pour over the post-its that tracked what had changed in the four weeks since, and adjust the budget accordingly. I need to send Bill to training next month? OK, we’ll spend less on toner and staples. We worked together to reach consensus, and then went our separate ways till the next review.

Then, inevitably, things would change. We’d have to spend a bit more on a line item here or there, but we’d have no visibility into the overall budget impact. A month later, I’d learn that the funds for Bill’s training were gone. Esther was great at her job and the process was best practice at the time (early 2000s), but the planning cycle was just too long. Too much happened in real-time for our monthly cadence to keep up. We were a digital operation working with manual tools. Thank goodness things are different today.

But just how different are they? Not as much has changed as one might think. Because while many institutions have made necessary investments to modernise their systems, their business processes remain mired in the 20th century. For instance, EdTech reported on a study just in July 2019 that found colleges and universities waste 2,000 hours each month manually processing expense reports and invoices. And that’s just one example of how our practices aren’t reaching the potential that digital transformation is meant to deliver.

Modernisation in Name Only

Even here in 2019, many schools purchase a new application, modify it to look like the old one, and figure they are done. They feel there is already enough change to manage with the implementation alone, and they lack the enterprise architecture to evaluate the true value of the software and how it can best be leveraged. Getting the most out of IT investments requires corresponding adjustments in how things are done – and that requires a level of governance that just isn’t pervasive in higher education today. Worst of all, it’s a challenge that is most common at smaller, tuition-dependent schools where efficiency is fast becoming a key to survival.

The result is modernisation in name only. Manual time-card entry persists. Students, staff, faculty, and administrators still have to wait too long for the answers they need. Problematic issues aren’t visible until it’s too late to address them (sorry, Bill, no training for you this year). And people still walk miles to deliver paper files from department to department because the institution’s idea of self-service remains a rubber stamp hanging outside the door to an administrative office.

Doing More with What You’ve Got

At a time when more and more institutions are faced with the seemingly competing priorities of enhancing operations and conserving resources, the question is not how to do more with less; it’s how to do more with what they’ve got. It’s not enough to simply implement. Institutions need to innovate as well – especially at a time when cloud software has diminished the implementation burden so significantly.

Just consider what today’s cloud-based enterprise applications can accomplish when we make the process changes that unlock their true value.

There is automation of manual processes throughout the institution. There are finance systems that provide a mobile, real-time view and the agility needed to manage changing priorities (so Bill can attend his training after all). There is faculty load and compensation tracking that improves accuracy and saves time and money. And there are myriad self-service capabilities that eliminate administrative tasks – and enrich the campus experience to boot.

When UNC Asheville began fully taking advantage of the reimbursement tools embedded in its ERP, it automated a process that once required one staff member to audit 6,000 expense reports a year and reduced wait times by nearly a month. At the same time, it diminished the cost of processing a single expense report from $73.20 to just $18.00, and freed staff to spend more time on more mission-critical priorities.

And when Eastern Michigan University took the time to implement its eTranscripts solution, orders began rolling straight into its SIS, which prints transcripts automatically or sends them as PDFs in near real-time. With the elimination of manual processes, the National Student Clearinghouse estimates that the typical institution (processing 25,000 transcripts every 12 months) can save an average of $33,000 a year.

These are just two instances in which institutions made significant strides in efficiency by evolving business processes to make the most of the solutions they have deployed. As such, they are examples that every institution can and should emulate – and not just for the efficiencies and cost savings achieved.

Remember Esther and our monthly meetings? What made it possible for us to manage the IT budget back then was the incredible amount of experience and expertise she brought to the process. When we automate that task, we free Esther and others like her to leverage their skills in new ways and on more mission critical objectives. At the same time, we also prepare for the day when Esther and other baby boomers retire by creating a framework in which institutional knowledge resides not solely in people, but in the processes themselves.

Those systems are already in place at colleges and universities around the world. Leveraged to their fullest capabilities, they can optimise higher education operations in incredible ways. And when weighed against the piles of paper accumulating, the miles amassed on pedometers in manual workflows, and the time lost waiting on information and services rather than acting on them, the case for doing so becomes crystal clear.

Topic
IT Standards and Architecture, Modernising the Campus, Operational Efficiency 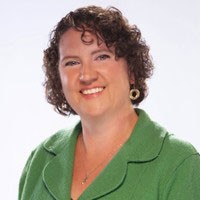 Kari Branjord is Senior Vice President, Digital Transformation at Ellucian, where she sets the vision for the company’s enterprise resource planning and student information systems.

Learn how Becker College coordinated information and workflows across campus.

Why we jumped forward in technology

Learn how California Institute of Integral Studies will benefit from moving to the cloud.